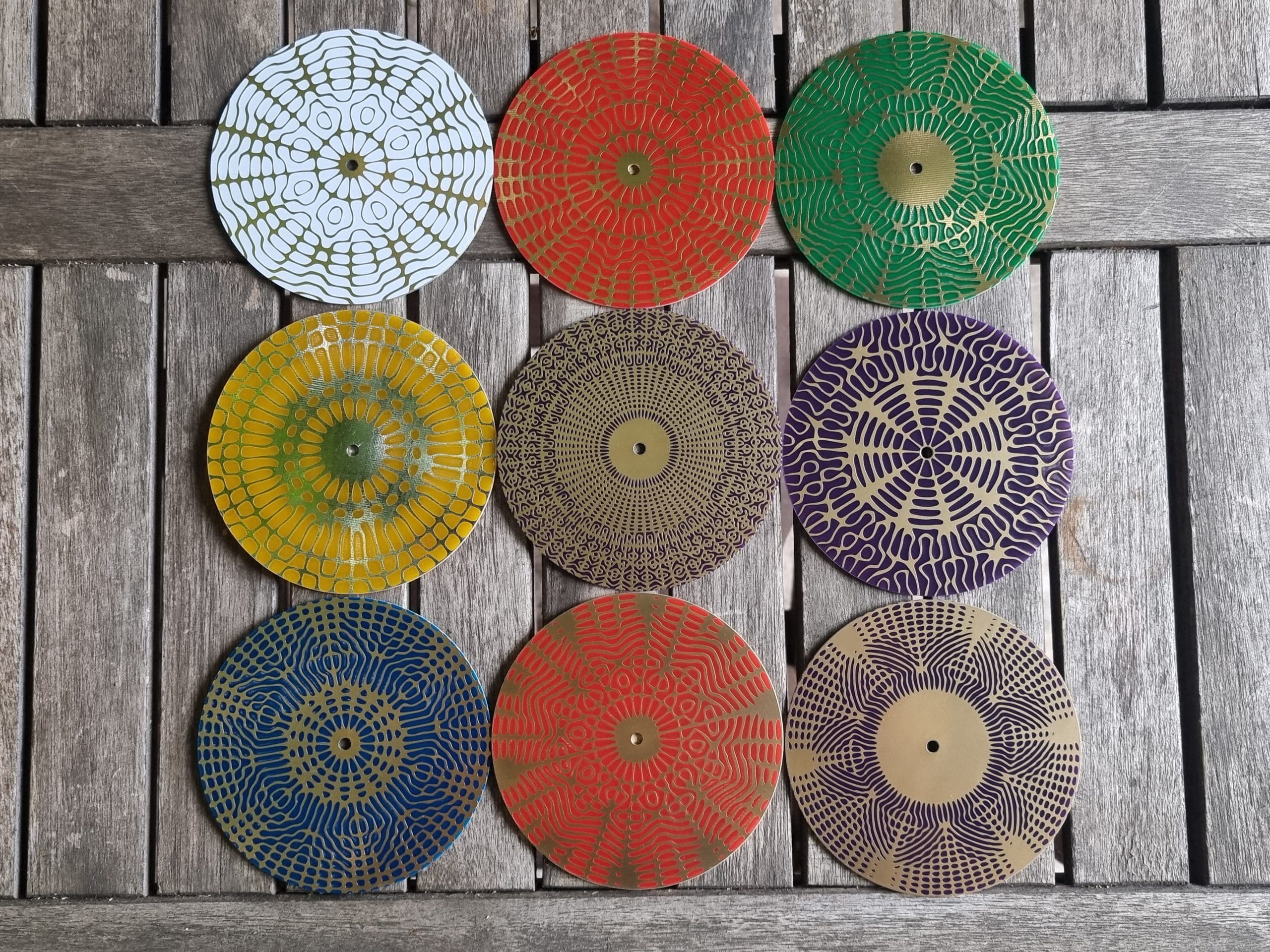 What is a solfege frequency?

Solfeggio frequencies, also called sacred frequencies come from the ancient six-tone scale from the 11th century to help people find their harmony with nature and access higher mental states. The frequencies were derived from spiritual music sung by choirs and Gregorian monks. Their voices lifted people's spirits and guided them in their quest for emotional and spiritual healing. Frequencies can resonate with emotional states and could help maintain a positive state of mind.

The Beneficial Effect of Sacred Frequencies

Numerous scientific publications demonstrate the beneficial effects of these sounds. Below are some publications on the 528 Hz frequency:

Cymatics is a technique allowing the visualization of acoustic vibrations.

The frequencies also direct the forms of the living during their growth.

I use cymatics to give form to each of the solfeggio frequencies. There is one disk per frequency.

To benefit from the benefits of a frequency, all you have to do is place a disc on one of its energy centers.

the creation of cymatic discs

174Hz is the lowest tone on the music theory frequency scale. It positively impacts our inner energy and physical body, and influences our internal organs on a cellular level to relieve our bodily pains and tension due to stress.

285 Hz helps heal tissues and restore them to a healthy state by sending a message to restructure damaged organs and tissues. It helps burns, fractures, sprains, cuts and other injuries heal faster. It also strengthens the immune system.

Negative feelings prevent us from realizing our full potential and prevent us from achieving our personal goals. The 396Hz frequency eliminates feelings of fear and guilt by breaking down defense mechanisms and allows us to have more self-confidence.

Sometimes we have negative emotions when we face problems or stress. The 417Hz frequency removes negative energy from our body and encourages cells and the body to feel more energized.

The 528Hz frequency is the best known of the music theory frequencies. It helps repair human DNA and keep it in the best possible condition. It can also bring transformations and miracles in our life.

The 639Hz frequency helps us solve relationship problems between friends and within the family. It can encourage body and soul to adapt to the environment and express real understanding, tolerance, appreciation and love.

The 852Hz frequency raises consciousness and restores mental order. It can open our minds to communication with spirits. Also, 852Hz enables cells to transform into higher energy systems.

963Hz – Frequency of light and spirit

963Hz helps heal our body, mind and soul, and is linked to stimulation of the pineal gland or third eye. It regulates our consciousness, regulates our motor functions, helps us achieve unity and allows direct experience with the non-vibrational energies of the spiritual world.

432Hz is one of the best known frequencies. Some suggest that it is not a music theory frequency, but it does help create a sense of positive well-being and inner peace that can motivate listeners to enter a state of calm and relaxation. It relaxes the tensions of the body, naturally releases the stress of the mind and harmoniously connects the body and the consciousness to nature.

Another way to take advantage of these frequencies is to listen to them or use the Rife Spooky2 machine. LEARN MORE