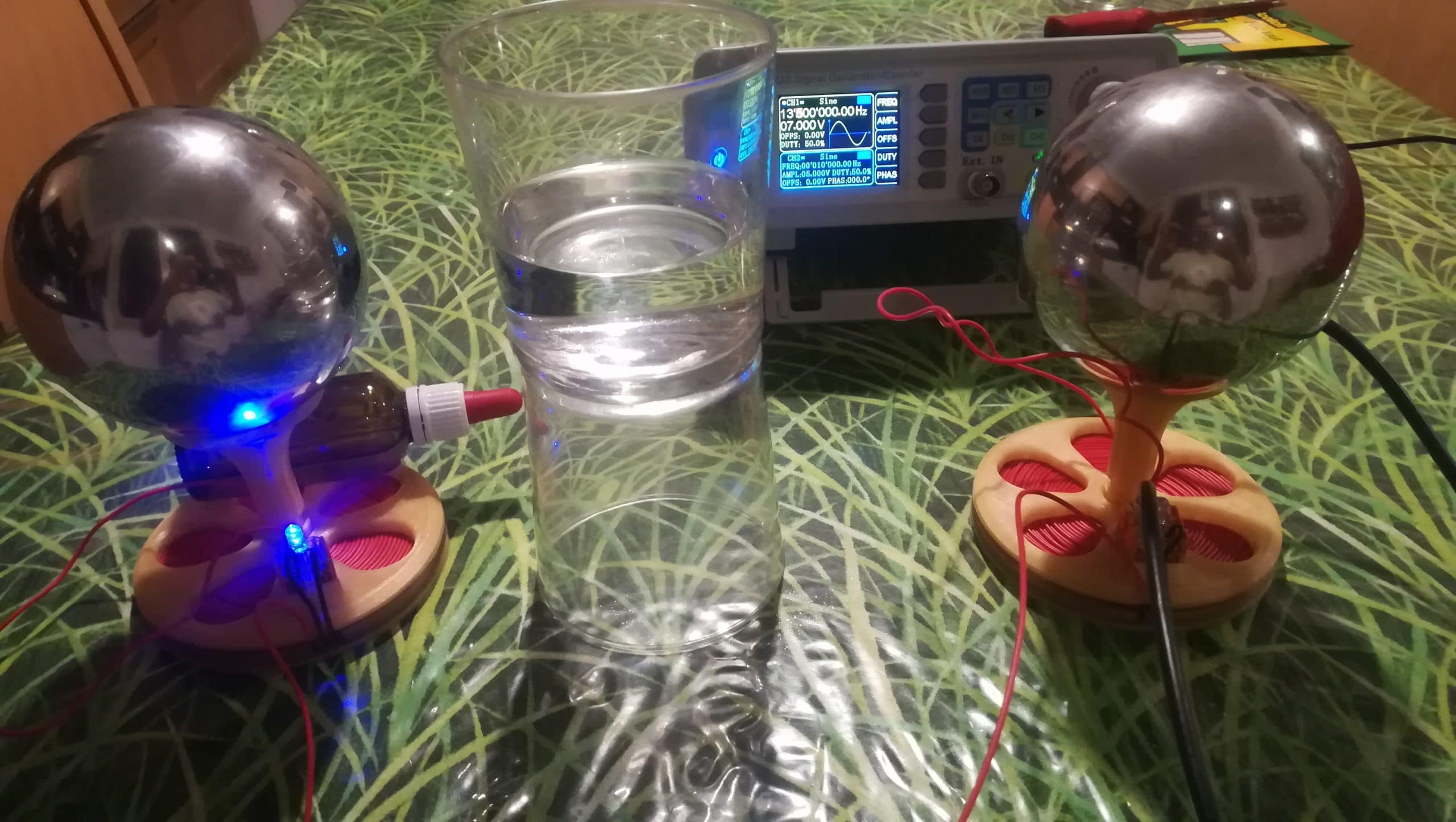 With these Tesla coils, you can light one led connected to a single wire

This project is based on the research of Nikolas Tesla. I have reproduced two flat Tesla coils, each topped with a sphere-shaped antenna and connected to the ground. The device is presented above in the patent filed by Tesla in 1900.

The device produced is a transmitter / receiver which transfers energy by longitudinal waves, also called " scalar waves" page (in French).

Experimentation of an energy transfer with two Tesla coils

Energy is transferred from the left antenna to the right.

You have a full description for assembly details here: https://www.instructables.com/id/Energy-Transfer-With-Two-Tesla-Coils/

To go further with scalar waves

I developed this model from the research of Nikola Tesla and Professor Konstantin Meyl. Professor Meyl has been studying scalar waves since 1990. You will find his books, publications, videos and devices on his website www.meyl.eu
The behavior of scalar waves with a Faraday cage is described in his publications.

Prof. Meyl produced a demonstrator with a small electric boat that moves using wireless power transmission. The ground wire in the water is connected to the boat and to the secondary transmitter. The main transmitter is out of the water with the signal generator.

Find this project on Thingiverse